Several visitors to the museum had this question stuck in their minds: Did the Augustinians have nursing degrees or diplomas? Until the beginning of the 20th century, the Augustinians, responsible for taking care of people who were ill, trained among themselves through mimicry-based learning—by copying what their elders showed them. The medical revolution near the end of the 19th century caused hospital requirements to increase, so the Augustinians had to go to school!

END_OF_DOCUMENT_TOKEN_TO_BE_REPLACED

Art lovers may be surprised to learn that there are works by famous painters in the Monastère des Augustines’ collection. One of these painters was Claude François, better known as Frère Luc (1614-1685). Let’s see in detail one of his works that can be discovered as part of the thematic visit Fine Arts at Le Monastère des Augustines, and see why Frère Luc is an important figure in Quebec art history.

END_OF_DOCUMENT_TOKEN_TO_BE_REPLACED

For practicing Catholics, it is customary to place a Nativity scene at the foot of the Christmas tree as the Holidays approach. In the past, according to Augustinians sister’s memories, each department in the Hôtel-Dieu de Quebec Hospital was adorned with a Christmas crêche that included a little Jesus, which was made of wax in the monastery. For the Augustinian sisters, making the wax infant Jesus with red cheeks and baby face has a spiritual importance.

END_OF_DOCUMENT_TOKEN_TO_BE_REPLACED

Nowadays, it seems almost impossible to imagine daily life without telecommunications technology, as it is part of our leisure and work. Let’s look at some of the media used over the years by the Augustinians.

END_OF_DOCUMENT_TOKEN_TO_BE_REPLACED 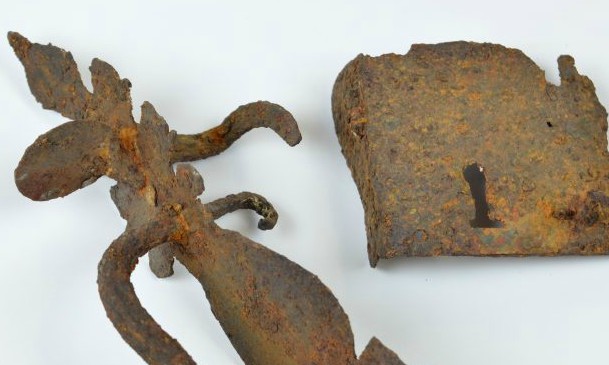 Between 2013 and 2015, archaeological excavations took place before the Monastère des Augustines’ rehabilitation work of the Hôtel-Dieu de Québec. The work cooperative, Artefactuel, was entrusted with this project and supervised by archaeologist Nathalie Gaudreau. Let’s explore how unique these excavations were.

END_OF_DOCUMENT_TOKEN_TO_BE_REPLACED

In 2018, the Hôpital général de Québec’s Augustinian Sisters are celebrating their community’s 325th anniversary. From the early 20th century, they have made it their mission to protect and make accessible material heritage they have accumulated for so many years. Inaugurated in 1930, the Hôpital général de Québec’s museum was, at the time, the first monastic museum in Québec City. Until its official closure in August 2009, this museum was located in the Notre-Dame-des-Anges wing, which was an annex built in 1929 to ensure the safe storage of artefacts and works of art. This museum was used for two purposes: to preserve the community’s works and to give the people of Québec access to the monastery’s heritage. Let’s look at the context that led to the museum’s development and then go over some interesting facts about it.